Church Plants on the Rise 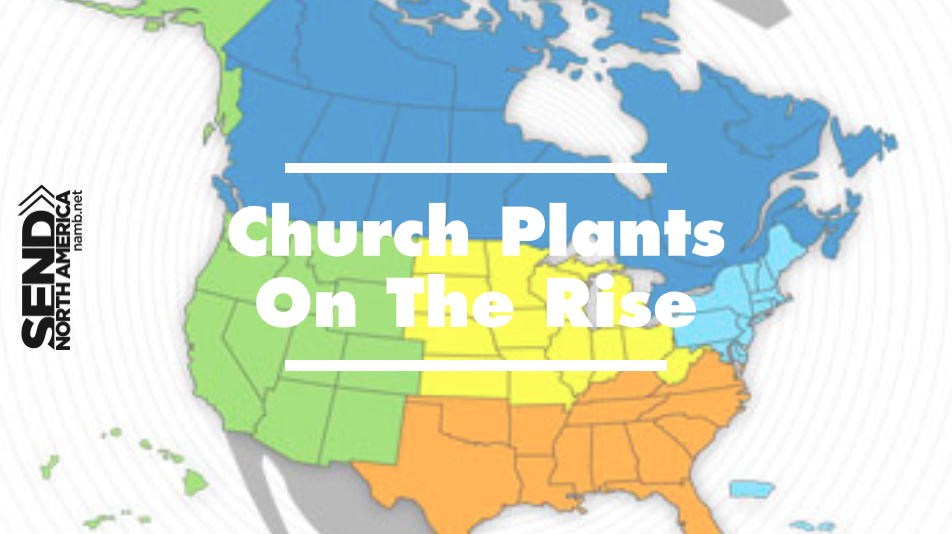 by: Kevin Ezell, President of the North American Mission Board

This is very good news as we work toward diminishing the church-to-population deficit that steadily grew larger over the last century in the United States and Canada. It is also good because new churches, on average, reach people for Christ at a higher rate than do existing churches.

These are churches like Mosaic in Alberta, Canada. They launched on Easter 2014 and have already seen 200 people give their lives to Christ—40 of them Baptized. They started giving to the Cooperative Program shortly after they launched.

Southern Baptists also saw 208 new churches affiliate with our convention in 2014. In all, that means 1,193 new congregations were added to the SBC.

And there are good reports in regions outside the South where Southern Baptists have not traditionally been as strong.

We celebrate when a new church is planted anywhere, but increases in these areas are especially encouraging!

More than 58 percent of the churches Southern Baptists started in 2014 were non-Anglo. This must continue as our society grows more diverse—especially in and around large cities where more than 80 percent of North Americans live. Our churches must reflect the communities they serve.

There is much more work to be done. We need many more churches and we must continue make our existing churches healthier and more outwardly focused. My prayer is that the growth we saw in 2014 will be the starting point for a Southern Baptist church planting wave and that more churches and individuals will become personally involved in this effort to evangelize North America.

Kevin Ezell is president of the North American Mission Board. Every church and individual can be involved in church planting. Learn more at www.namb.net/mobilize-me.