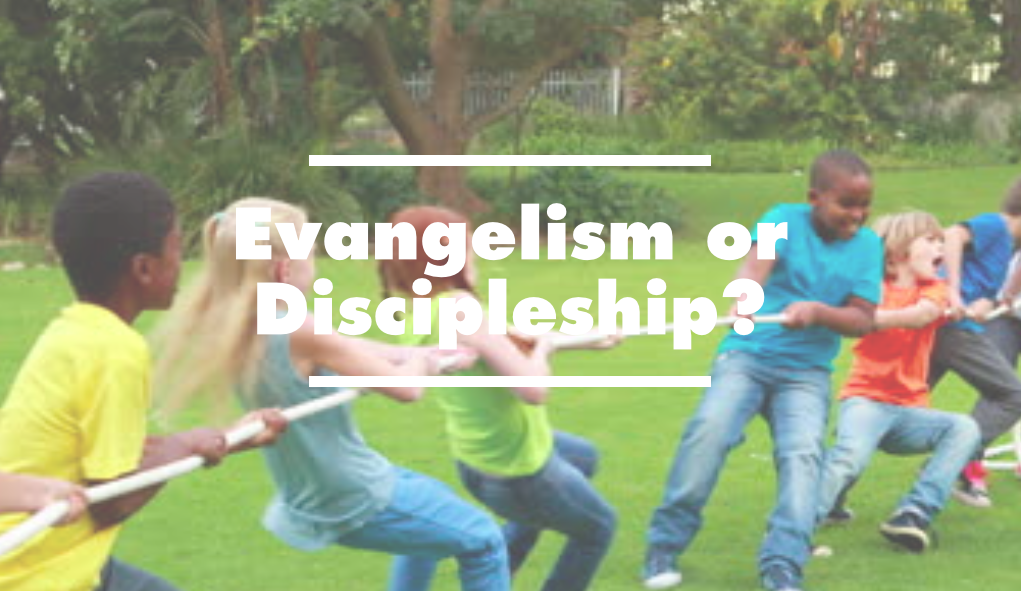 Over the past several years I have heard two words repeated over and over again within evangelical circles; so much so, perhaps more than any others in our common Christian vernacular. The words? Evangelism and Discipleship. Of course this makes sense as the Christian mission is centred on advancing the Kingdom of God in what we know as the Great Commission.

However, often times when conversations are centred on these two words I sense that church leaders have separated these two subjects exclusively instead of initiating a streamlined process between both. Historically in the church, discipleship is geared towards post conversion. That is, we lead people to a saving knowledge of Christ and THEN we begin to disciple them.

But what we have discovered is that more so than not evangelism actually marries quite nicely alongside discipleship. For example, several men in our church who eventually surrendered their lives to Christ, first walked slowly with me in several areas, such as how to steward their money, what sexual purity looked like, and how to begin to read the Bible, to name a few. Would we not classify these as discipleship areas? I think so. When I asked one individual what took him so long before he committed his life to Jesus, his response was simple. He said, “I just needed to see Christianity lived out.” And therein lies our answer to discipleship.

About the Author:  Matt Hess
Matt is the Lead Pastor to the incredible people of Fellowship Pickering, a church that formally launched in the fall of 2013. Matt has served the local church for the last 12 years in various positions. He lives with his amazing wife, Arrica, and their three kids – with the fourth on the way – in Pickering, Ontario, a suburb just east of Downtown Toronto. Matt is passionate about Preaching, Church Multiplication, and anything to do with Leadership Development.