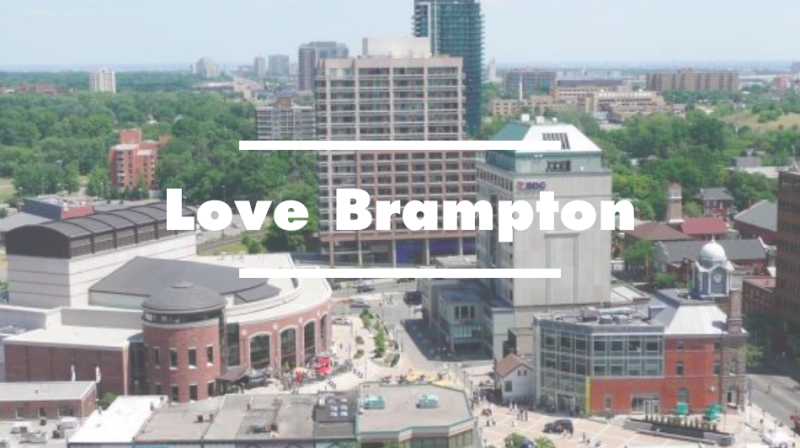 Brampton, north of Toronto, is the fastest growing city in Canada and has one of the largest concentrations of South Asians in the country. The city has followers of Islam, Sikhism and Hinduism, the largest population among these being Sikhs. We at LEAF Canada (Life Eternal Asian Fellowship) are focused on reaching South Asians in the Brampton area and it is our desire to see them come to Christ. This summer, we invested time getting to know the communities around our church and we called our program “Love Brampton”.

To do this, we asked four teams from the US to come help us do outreach activities in connecting with the Asian community. During the month of July, these teams each spent about a week with us – visiting places of worship for the various religions practiced here, going door-to-door distributing Bibles, Scripture portions, and Jesus Film DVDs, and inviting the kids in the community to come to Kid’s Clubs. When one of the teams went door-to-door, they came the home of a Hindu family and talked with the wife. She said that she and her husband shared a large house, but they spoke very little to each other and there was much unrest in the family. The team prayed with her and asked God to restore their marriage relationship. The lady said the team was like an angel of God visiting her that day, bringing exactly what she needed. Many people in the area were given the opportunity to hear about Christ right on the doorstep. During the month, over 2000 Jesus Film DVDs were distributed, each DVD containing the film in 16 local languages. DVDs of Christian testimonies were also distributed.

The highlights of each week were the Kid’s Clubs that the volunteer teams ran in various local parks over a period of 12 nights. The response of the kids was amazing – an average of 100 children attended each Kid’s Club event, with numbers running as high as 198 kids registered at one of the parks. Many people in the community wanted to take part in helping the volunteers run the events. One young lady came a few times and offered her help in translating and helping the kids. In another park, one of the men from the community brought food and drinks for everyone at the Kid’s Club (more than 350 children and adults), as a way to show thanks for the volunteers who were taking time to show love to the children. The men and women of that same community were so grateful that they invited us to come to their Mela (celebration) event that weekend.

During the Clubs, the volunteers played many games with the children, did crafts with them, and also told them several Bible stories. We involved the men and women in games as well, and they really enjoyed taking part in these fun events. We then had the opportunity to share the Gospel with them. While the children were doing activities, people from the church walked around the park and talked to the parents to build relationship with those who came. We had great conversations with them and were able to share the Gospel to many.

God has blessed us immensely through these teams which involved people from churches in Stonegate Fellowship Midland Texas, Hands on the Mission North Carolina, Henderson First Baptist Church Kentucky, and First Baptist Church Oceanway Jacksonville, Florida, as well as local Christians such as Richard from OM, Jeremy Langley and his family (IMB) and Joe and Susan (IMB), Mrs. Mussart Anwar, Mrs. Arzoo Shaw and her two daughters and many others local believers. At the end of the Love Brampton events, local Christians went around to various homes to do follow-up with those who seemed interested in knowing more about Christ and to pray with them in their homes. It is a joy to serve Him as we continue to reach Brampton with His love and His story.