Our Calling, His Promise 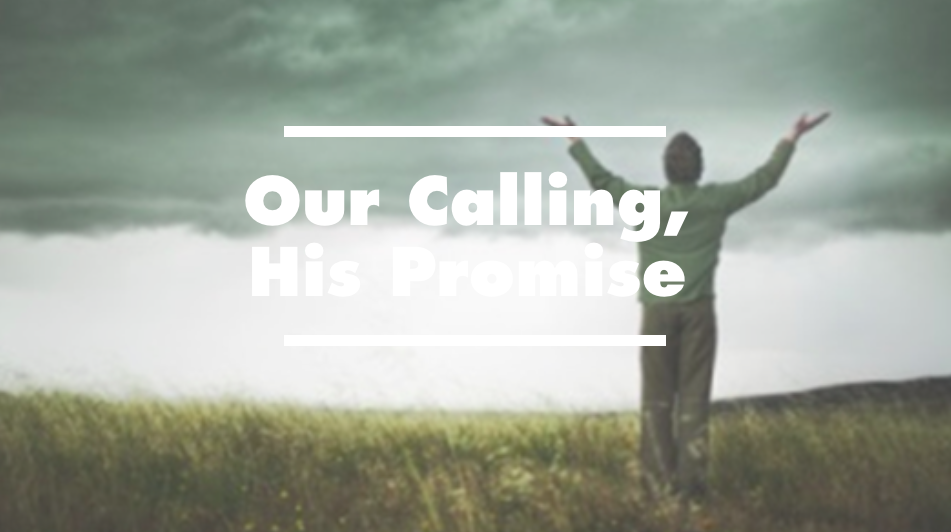 Have you ever been asked which biblical character you most imitate?

I have been asked this many times though out my life and ministry. This is a very hard task given the vast examples in Scripture. Though I have chosen different characters at different times in my life, currently I choose Gideon.

I relate so much to Gideon’s calling, as I also was surprised to be called into His service. My parents are career missionaries, but I never felt that on my life. Of course I desired to serve Him, however, I wanted to do so in my own way. I studied medicine after college, happy to leave evangelism and ‘missions’ to those ‘called’. I still remember when my (now) wife and I were praying for clarity in getting married and were seeking Him for the future. My wife knew she was being called to serve, but I believed I was unworthy. “ [. . .] “Please, Lord, how can I save Israel? Behold, my clan is the weakest in Manasseh, and I am the least in my father’s house.” 1 I can relate, also being least in my Father’s household. I felt that God could and should use others with greater potential for His kingdom. With Gideon, he also doubted himself. But the angel of the Lord provided a sign, demonstrating that God was not only calling Gideon, but was WITH him. I did not physically see the angel of the Lord with my calling, but knew it was in fact, God. I knew that no matter what happened in my life, He was with me and would use me, for His purposes.

Later on, Gideon’s faith was tested in battle. “By a divinely guided process of elimination, the numerical strength of Gideon’s army is reduced from 32,000 to 10,000 to 300.”2 In a relativity short period of time, God reduced Gideon’s army to the mere but humble 300. Yet, he was facing an army of over 100,000. God wanted Gideon to trust that he could still win with so few soldiers. Again, God sent a sign in the form of a dream, this time, to help Gideon know that God had not only called him, but was still WITH him.

In my life and ministry I have faced some pretty incredible, and seemingly impossible, circumstances much-like Gideon. One of my big life applications from Gideon’s life; is to trust that God has not only called me to His work, but is WITH me always in it.