What Church Planters can learn from Target’s Failure in Canada 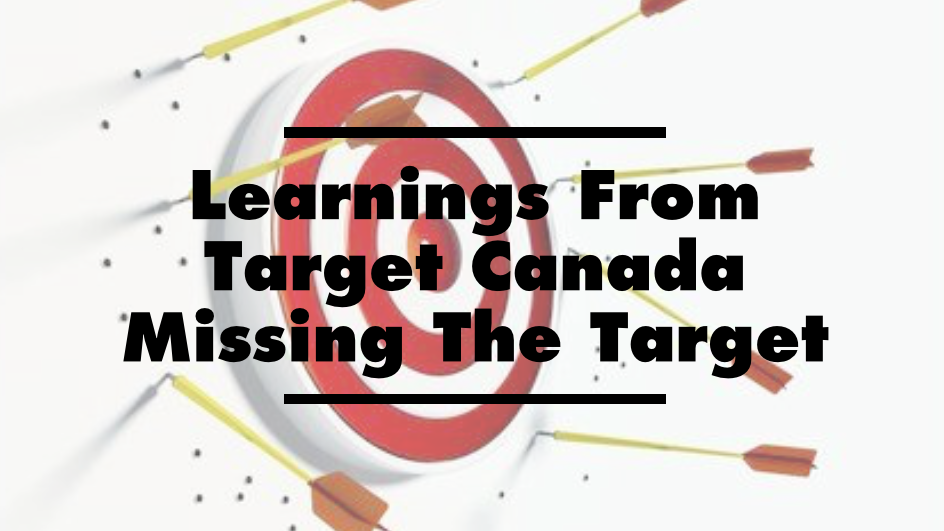 This excerpt has been reprinted with permission from Sarah Bessey

Target has failed in Canada. And I can’t say that I’m surprised. But it’s not because I know much about retail. My notable retail experience includes three years working at Smart Set in Southcentre Mall during high school. I was excellent at folding t-shirts for the 2 for $25 table. Nope, a retail giant analyst I am not, but what I do have I offer to you: regular old church experience.

Most of my childhood and teenage years as a neo-charismatic Christian in western Canada can be characterized by an almost identical exercise: a big American name comes to Canada to plant a church, and then in rather short order, heads back over the border, usually while blaming us for the failure.

So when news broke today about Target’s abject and utter failure to expand into Canada, I began to think this morning about how church planters to Canada (or even within Canada) can learn from the Target failure. So off the top of my head, here are a few connections I made between Target and outsider-church-planting in Canada:

2. Target was out of stock of the essentials. When people went to Target, they simply never found what they actually went there to get. It’s hard to miss this metaphor for the church in Canada. Often what we have to offer as a church isn’t what people actually want. Canada isn’t the United States and we aren’t Europe either. Each community has its own religious history and even that changes drastically from neighbourhood to home.

3. Target went too fast. In less than a year, the retail giant created 133 stores and a few distribution centres. From a church perspective, I saw many church planters fail because they also went too fast. They landed and set up shop quickly. They weren’t part of the community, they had no friends, they didn’t take the time to live among us and with us. They didn’t love us and it became obvious. We were a project, not people.

4. Target refused to allow people in Canada to lead. Like most retail giants, leadership isn’t valued as much as management. We often saw the church planters come with Their Vision and Their People and Their Six Month Plan: we were there simply to execute their plan. Our input was not required.

5. Target didn’t connect to the communities where they set up shop. The leaders often didn’t consult the area churches, leaders, or believers. They simply showed up and started without a thought for other believers already labouring in that field. By not connecting to their community, these leaders often missed opportunities to learn and to be part of something amazing.

I’ll miss Target in theory. I feel incredibly sad for their employees today.

But the truth is that I didn’t shop there either.